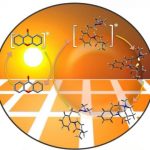 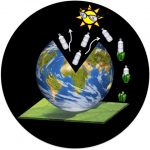 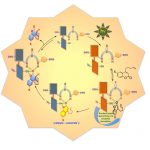 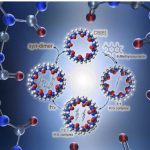 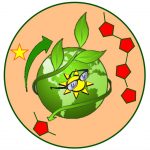 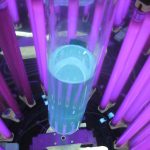 Group Newsletter - learn about passionate pursuit of our goals 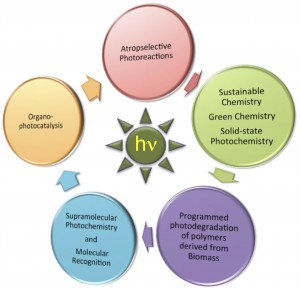 Research in our group is highly interdisciplinary, spanning the areas of Photoscience, Nano-science, Materials Chemistry, Supramolecular chemistry and molecular recognition (chemical and biological). We use of light to initiate chemical reactions and control photoreactivity in the excited state using molecular design and confinement. The cornerstone of the research program involves synthetic effort that allows a freedom of design to produce new structural motifs for investigating atropselective reaction, enantioselective photocatalysis and programmed degradation of polymers derived from biomass. Our group is also interested in chemical and bio-molecular recognition of encapsulated guests within water-soluble nano-reaction vessels leading to enzyme mimetic photocatalysis. The research program also investigates the molecular and supramolecular assembly characteristics of systems to gain a deeper understanding of the interplay between molecular structure, assembly, dynamics and the role of external interactions critical for molecular recognition events in light initiated reactions. In addition to synthetic protocols that are routinely employed, our group uses modern molecular tools and spectroscopic techniques to gain deeper understanding of molecular interactions thus making use of light both a reagent that initiates the chemistry and as the product of excited state reactivity. Currently the group is working on four main themes:
1) Atropselective photo reactions
2) Organophotocatalysis
3) Supramolecular photocatalysis
4) Biomass based sustainable materials

Jayaraman Sivaguru (Siva) is the Antonio and Marshall Wilson Professor at the Department of Chemistry and Center for Photochemical Sciences, Bowling Green State University. He completed his bachelor’s (1996) and master’s (1998) degrees from St. Joseph’s College, Trichy, Tamil Nadu, India, and Indian Institute of Technology, Madras, Tamil Nadu, India, respectively. He came to the United States in 1998 to pursue his doctoral degree and worked with Prof. V. Ramamurthy at Tulane University, New Orleans, LA, USA. After receiving his Ph.D. in 2003, he did his postdoctoral studies with Prof. Nicholas J. Turro at Columbia University, NY, USA, from 2003 to 2006. Siva began his independent career as an assistant professor at North Dakota State University (NDSU) in 2006 and was promoted as an associate professor in 2011 and as a full professor in 2014. He is a recipient of a 2008 NSF CAREER award, 2010 Grammaticakis-Neumann Prize from the Swiss Chemical Society for outstanding independent research by a young faculty under the age of 40 in the fields of photochemistry or photophysics or molecular photobiology, 2011 young-investigator award from the Inter-American Photochemical Society (I-APS), and 2012-young investigator award from Sigma-Xi.

At NDSU, Siva has been honored with the 2010 Excellence in Research award and 2011 Excellence in Teaching award, both from the College of Science and Mathematics, and the 2012 Peltier Award for Innovation in Teaching. He was a 2011 Global Centre for Excellence visiting young professor at Osaka University, Suita Campus, Osaka, Japan. In 2013, he was named the American editor for the Journal of Photochemistry and Photobiology A: Chemistry, published by Elsevier and in 2015 was named the Associate editor for RSC advances. In 2014, He was named as the James A. Meier Jr. Professor at NDSU. In 2017, Prof. Sivaguru and his research group moved to the Department of Chemistry and Center for Photochemical Sciences, Bowling Green State University. His research interests on light induced processes span the areas of supramolecular photochemistry, asymmetric photochemistry, organo-photocatalysis, supramolecular photocatalysis, and molecular recognition in chemical and biological systems. Currently his research program is investigating (a) light induced axial to central chiral transfer in atropisomeric systems, (b) atropisomeric templates for asymmetric organo-photocatalysis, (c) supramolecular photocatalysis with water-soluble nanocontainers, and (d) light responsive materials derived from biomass.

Elango, Ramya and Sunil paper on Transposed Paternò–Büchi Reaction was published in Great going congrats all.