The students then departed for New York City for a couple days of sight-seeing and cultural exposure. 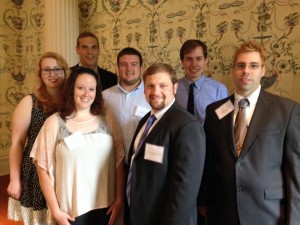 Masters Students at the Dean Hopper Conference in Drew University