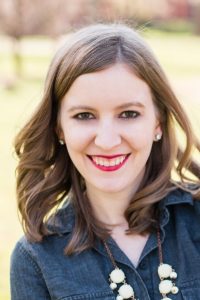 I developed this project for my Local History course that helped me develop a set of skills that was extremely useful in developing my MA thesis. I started out questioning what happened in the lives of women as a result of the 19th Amendment, which ensured the right of American women to vote. My thesis uses the participation of rural women within the Ohio League of Women Voters in the 1920s to examine how voluntary activism was shaped in Ohio during the first decade after women had the vote. Since my Local History paper needed to be strongly attached to specific place, I decided to make a thesis chapter a case study of how the League of Women Voters fared in reaching the rural women of Wood County, which was dominantly agricultural at the time.

Through writing this Local History paper/thesis chapter, I learned a great deal about what kinds of records are available for a rural area like Wood County and how to use them when researching. When doing a rural history project, there usually aren’t neatly indexed files organized by topic and author, like you might find at a Presidential Archive. Instead, I read many handwritten Minutes books and Membership Rolls to learn more about what life was like for women living in farm towns in the Twenties. I gained more experience using Census data to question my own assumptions about rural women with data from the time. A single township in Wood County for 1920 had over 600 entries and I realized that the Census contains a wealth of knowledge about ethnicity, race, educational attainment, and profession for people who are often difficult to track through the historical record. 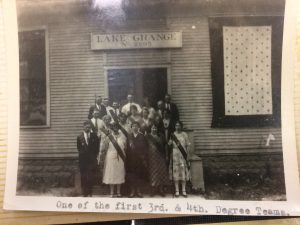 I was surprised by what I found when I delved into the records for Wood County. Contrary to my previous perception that reform movements were all about urban areas, I found a thriving parallel network of rural organizations that were tackling all kinds of rural problems, from cooperative marketing to women’s health commissions. As it turned out, the women of Wood County were committed to the preexisting network of agricultural reform organizations in the Twenties that the Ohio League of Women Voters had a hard time gaining traction with this group, who they thought were unorganized and uninterested in reform! By tracking how the League of Women Voters operated in Wood County, I realized that there was a pattern to their outreach efforts. By the end of the Twenties, the League had begun to switch its emphasis to forming college Leagues, like the one they started at the Bowling Green Normal College in 1926. These students were demographically and professionally similar to the leadership of the League leaders, and thus an easier avenue to pursue. This reflects the larger national shift of white, middle-class women from voluntary activism into professional social work through organizations like the League, Extension Agencies, or state agencies. By extending my research with the records the CAC holds of the Bowling Green League of Women Voters, I could examine why it took until the 1950s for the League to make considerable inroads among rural women in Wood County.