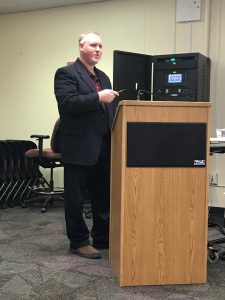 Dan Masters Bowling Green State University master’s student was awarded the Local History Publication Award for 2017 from the Center For Archival Collections presenting on his work on Shermans Praetorian Guard: Civil War Letters of John McIntrye Lemmon 72nd Ohio Volunteer Infantry. Masters created the book from of his work indexing the letters of American Civil War soldiers writing home to Northwest Ohio newspapers. Masters was drawn to the project after writing his first book No Greater Glory which examined the writing of the 144th Ohio Infantry Regiment during the Civil War. While researching the book he happened upon thousands of Civil War letters from soldiers from Northwest Ohio in local papers and wondered how much more of this material was there? Masters began to index the letters in collaboration with the Center for Archival Collections to create an index of the letters. 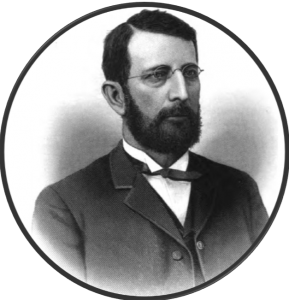 Masters book focuses on the letters of John McIntrye Lemmon a Captain for the 72nd Ohio Volunteer Infantry writing to the Fremont Journal. During the war it was not uncommon for soldier to write letters to their hometown newspapers about the war. The soldier’s correspondence was an asset to the local papers as they served an important role in the community by providing information about the men of the local regiment; particularly once they have engaged in battle. Lemmon’s correspondence to the Fremont Journal struck him as having “the ring of true metal.” As Lemmon gave straight forward manner in discussing the success and problems within the regiment. For example during the occupation of Memphis in the Fall of 1862 Lemmon wrote how the men had easy access to alcohol which ended up in the deaths of 2 men. Lemmon detailed the daily life ofthe regiment in and out of battle. Detailing the lives of the soldiers in camp and giving a unique perspective and voice to the events of the regiment during key moments of their time of service including the grim battle of Brice’s Crossroad where 253 of the 396 men of the Ohio 72nd where casualties.

Masters is currently enrolled as a master’s history student in the Department of History at Bowling Green State University. Where he plans to continue research in military history and its relation to local history. While continuing work for his pressColumbian Arsenal Press publishing letters of soldiers during the Civil War offering firsthand accounts of the war in a more easily accessible format. For more information checkout https://columbianarsenal.com/ 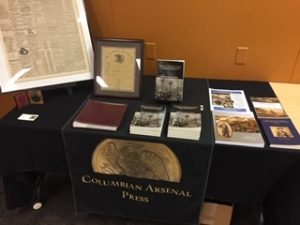