The Professor’s team, aptly named after the Aztec God of War Huitzilopochtli and inspired by Dr. Challu’s crest, entered as the heavy favorites after having decimated the competition last year. Drs. Brooks, Challu, Carver and Jackson faced off against 2 undergraduate and 2 graduate teams. Would the underdogs be able to beat the dynasty? The short answer is no.

As the night started, many students in attendance seemed to be slightly dazed from the large amount of pizza they stocked up on prior to the event. Because of this, Team Huitzilopochtli (The Professors) got out to an early 7-5-4-4-4 lead. After a quick score update, which induced an unwarranted feeling of hope for the student teams, Dr. Challu was forced to leave due to a prior commitment, but his crest featuring the Aztec God of War remained with the team. The crest seemingly inspired The Professors and they soon took a commanding lead, led by Dr. Brook’s knowledge of local history and Dr. Carver’s knowledge of all things trivia. Despite losing Dr. Challu (or because they lost Dr. Challu?), Team Huitzliopochtli easily won the event by 10+ points. Dr. Brooks, bad foot and all, proudly started dancing with the Huitzilopochtli crest, with the student teams glimmering in envy. With the event coming to a close and plenty of fun times had, Michael Ginnetti thanked all participants and commended the student teams on a hard fought battle, but in the end The Professors were simply to much to handle. Despite this, students left with a feeling of hope and professors with a feeling of dread as the same thought crossed everyone’s mind: Dynasties are destined to fall.

See you next year! 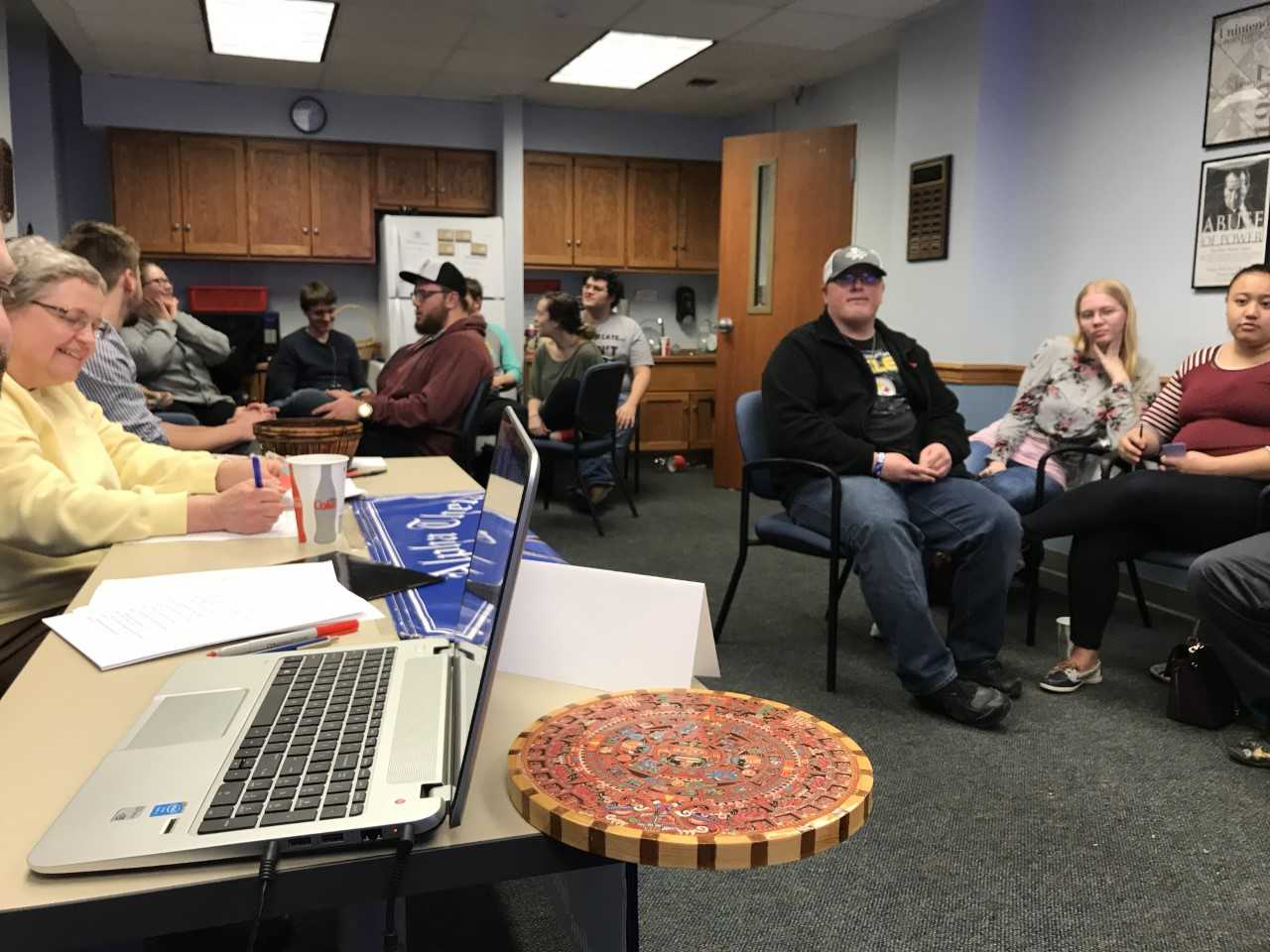