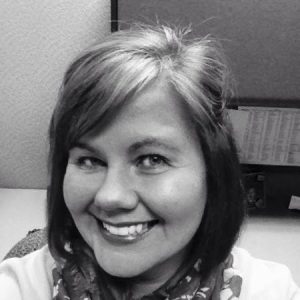 Alumna Jennifer Libertowski began her career after her four and a half years on campus working with the Cleveland Cavaliers for the Quicken Loans Arena Public Relations.

At the Cleveland Cavaliers at Quicken Loans Arena, Libertowski worked with the arena public relations, which dealt with touring shows that would perform in the arena.

Libertowski said that she was just denied from another job due to her lack of experience. Her next interview was the one with the Cavaliers.

They asked her if she knew anything about basketball and she was honest and told them no. She was worried that she lost her chance of the job by being honest.

“The worst thing you can ever do is sell yourself out on a skill you don’t have,” Libertowski said. “When I got hired, I found out from my boss that they didn’t want someone whose ultimate love was basketball. My job was to focus on the show, not the team. It worked out amazing.”

After working with the PR team at Quicken Loans Arena, Libertowski went on to work at the National Association of College Stores in Oberlin, Ohio, where she was a public relations specialist for 15 years.

While Libertowski was working at the National Association of College Stores, the students in professor Terry Rentner’s PR campaign class, a class Libertowski took while she was a student at BGSU, partnered with Libertowski and her boss. They became the class’s client.

“We focused on textbook prices with the BGSU bookstore and NACS,” Renter said. “It was fun for her to go from student and then as a professional working with me in a different capacity.”

Libertowski graduated from BGSU in the August of 1999 with a major in public relations and a minor in marketing.

“I originally wanted to be a reporter. I didn’t even know that a career in public relations existed,” Libertowski said.  “I also did some shadowing in a newsroom and realized being a reporter just wasn’t for me, so I chose to pursue the public relations path.”

“Jennifer had very good writing skills,” Rentner said. “She was very career orientated. She was a person ready to tackle the public relations world. And she did.”

Libertowski was involved with Sigma Kappa sorority and Public Relations Student Society of America during her time on campus.

In addition, she worked three unpaid internships during her college career. One was with the Toledo Storm, the former East Coast Hockey League team in Toledo, as a  marketing and communications intern.

“That’s what sets you apart from your competition,” Libertowski said. “The bigger your portfolio of real work, the more competitive you’re going to be when trying to get that first job.”

Today, she works part time at a non-profit called Common Ground at the Cindy Nord Center for Renewal as a marketing and development manager. The retreat, renewal facility located in Oberlin, Ohio, hosts summer camps for kids and corporate leadership and a zip line canopy tour.

“I decided to switch to this part-time job because full time was beginning to become too much. Although, I wanted to stay in the marketing, public relations field to keep my skill set active,” Libertowski said. “This way I can be home more with my two young daughters.”

Libertowski is also accredited in public relations (APR) through the Public Relations Society of America.

Libertowski recommends keeping up with the trends happening in the field of public relations.

She added: “Get those internships. Don’t be afraid to take unpaid ones. Anything you can do to make yourself stand out from the rest.”

This entry was posted in Alumni and tagged Jen Libertowski, Terry Rentner. Bookmark the permalink.
Skip to toolbar