Work for the CDC gives alumna chance to help others 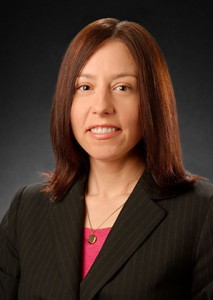 Most journalism graduates pursue jobs as reporters, writers or editors for newspapers, however 1999 alumna Sarah Lewis desired something different.

“Something about being on the fringes of society to experience something few ever would, appealed to me,” she said. “I wanted to bring a subjective truth to people’s worldview that was so different from their everyday lives.”

Deep within, she said she desired to “challenge their thoughts on what was possible,” for the world and its “fellow human beings.”

In her mind, she always knew the career she wanted, but she just didn’t know how to get there.

She worked in marketing and spent time as copywriter and marketing manager.

Lewis, then parlayed her interest in health issues into a job in Atlanta, Georgia, working for the Centers for Disease Control and Prevention (CDC) where she is able to create programs in communications that improve the quality of people’s lives.

A typical day at CDC consists of balancing current projects, requests from the press and government leaders.

She considers work at CDC fun. “No one day, is exactly like the last,” she said.

Lewis said she is happy she didn’t take the typical route of a journalism graduate.

“It is exciting work for me because you are creating a communications campaign from the ground-up, which requires strategic thinking and vision,” she said. “It’s a wonderful balance of science and art, logic and creativity.”

Those closest to Lewis describe her as a selfless person, who puts the community and those in need first.

“She truly cares about how others are doing,” Engel said. “She puts other people first. She likes to feel as if she is paying it forward to the world.”

Giving back to the world is exactly what Lewis demonstrated when she went to Sierra Leone, West Africa, last October to work against Ebola.

Engel was terrified for Lewis; she did not know if she’d be protected from the virus, and said prayers for her daily.

“She went and risked her life to help those with Ebola,” Engel said. “She just has an amazing heart. She’s very brave.”

Lewis’ case was different; no one had to urge her to volunteer. “She took it upon herself to do it. Nobody asked her to do it,” said Dr. Fred Fridinger, Lewis’ former supervisor and the CDC Strategic and Proactive Communications Branch chief.

She took it upon herself to not only gain the experience, but to “act above and beyond the call of duty” in regard to public health, he said.

Lewis said, “Having the opportunity to work against one of the largest outbreaks the CDC has ever responded to was exhilarating and wonderful and stressful all at the same time.”

While in Sierra Leone, Lewis met people she said are incredible. She met a community health worker, for example, who survived a civil war and had to face the deaths in her family that were due to Ebola.

“It was a very humbling experience, and it made me very appreciative of the conveniences I have had in my life because I was born in the United States,” Lewis said.

Lewis enjoyed being of service to others in need and considers herself fortunate to have been part of the opportunity.

“In instances such as these, you see the power of communication and education to save the lives of people, and I was so lucky to be a small part of that work,” she said. “It’s inspiring to be able to use your skill set in service of others.”

This entry was posted in Alumni and tagged CDC, Heather Engel, Sarah Lewis. Bookmark the permalink.
Skip to toolbar