The Department of Recreational Sports (Rec Sports) was formed in 1992.

The Department was formed to encompass the Intramural Sports and Sport Clubs programs, which were moved from the College of Health and Physical Education (HPE) (now HMSLS), as well as the Perry Field House, which was under construction.

Michael R. Wilcox, a 1975 University graduate, formed a student committee to determine student interest in a recreation center in September 1974.

Prior to the com 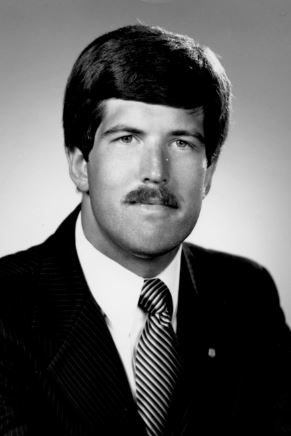 mittee formed by Wilcox, University President Hollis A. Moore appointed a group in May, 1973 to study campus recreation needs. The group recommended the construction of an indoor facility as a long range project due to limited funding.

In the fall of 1974, Wilcox, then student representative to the Board of Trustees formed a student committee, and the board members allocated money to fund trips to view other universities’ facilities.

In order to gauge the interest in a campus recreational facility, Wilcox sent out a survey to 2,000 University students. The survey revealed that most students were interested in a recreational facility and also willing to pay for it. Students were told that the initial cost would be a “substantial amount of money” and additional fees would be charged when the facility opened. To gain additional support, slide presentations of recreational centers at other universities and the current BGSU facilities were shown in the residence halls and at organizational meetings. In May 1975, a petition with 7,800 student signatures supporting the concept of a recreation center to be funded by student fees was submitted to the Board of Trustees. The board then made the decision to support the construction of a recreation center funded by student fees.

Although Wilcox graduated in 1975, he maintained contact with University officials about the progress of the recreation center. 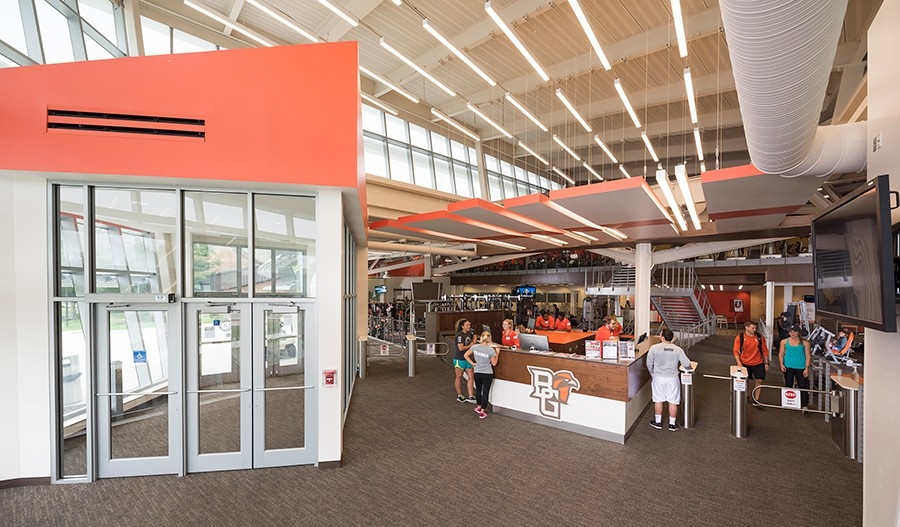 Students were no longer satisfied with the 1979 Student Recreation Center, and the facility was not shown to prospective students during campus tours because of how it would have been compared to other university recreation facilities.

As a result, the Department of Recreation and Wellness determined that the facility needed to be renovated. The process was set in motion in October 2010 when the Department reached out to The Collaborative Inc., an architecture group in Toledo, Ohio to create a feasibility study.

The Board of Trustees approved the design and pre-construction plans in June of 2012, and on February 22, 2013, the Board approved the final design and construction plans. A budget of $13.4 million was also approved, which was later increased to about $14.8 million. The additional funds covered enhancements to the multi-activity court, a parking lot expansion, the addition of an outdoor volleyball court and 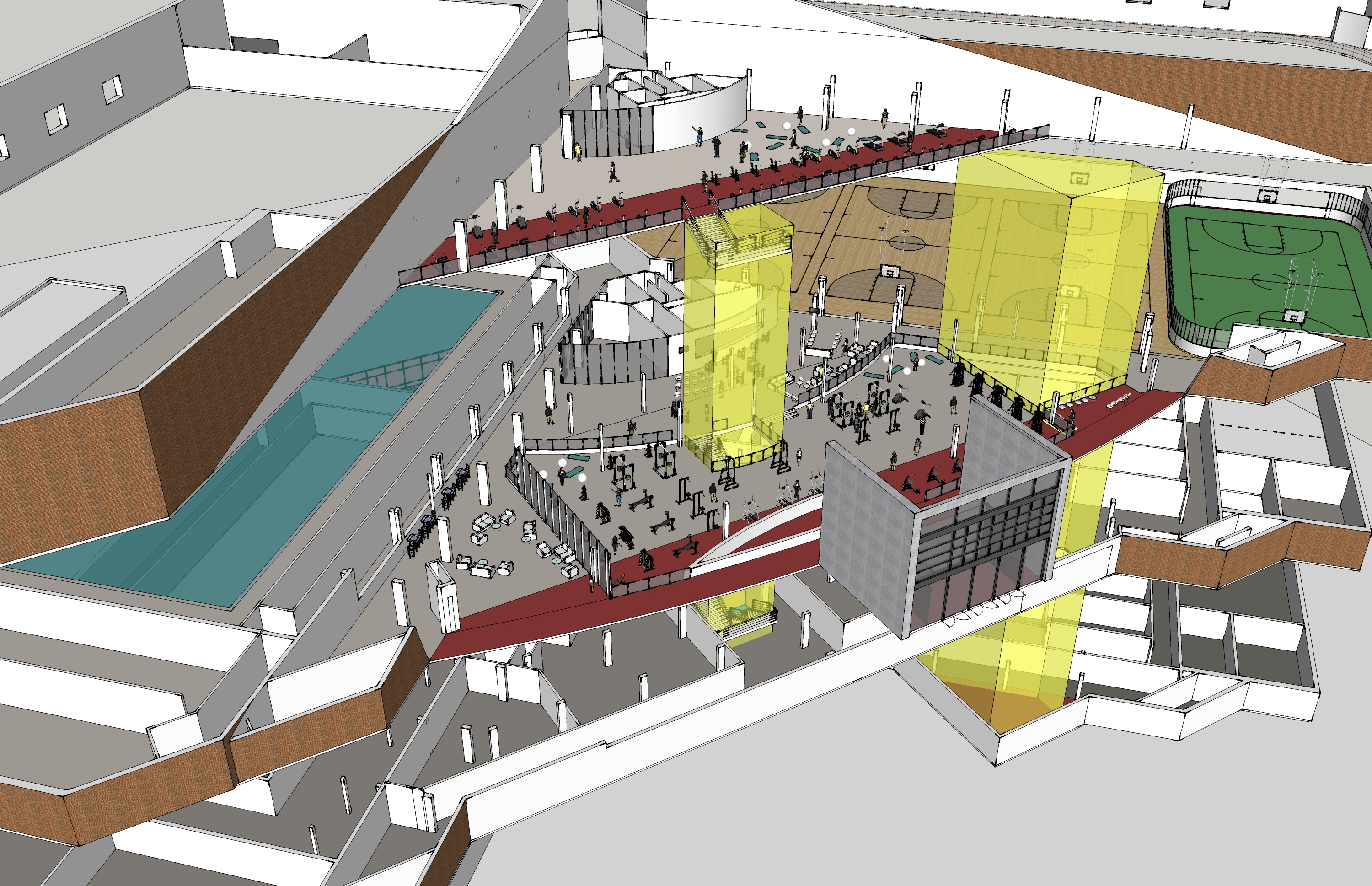 patio area, expanded locker rooms, other design enhancements to the building as well as roof repairs, electrical updates, and upgrades to the HVAC system. $650,000 was also allocated to new weight/strength equipment and cardio machines. According to Dr. Steve Kampf, director of the Recreation and Wellness, the overall project ended up costing $17 million. Project funding was provided by a combination of future long-term debt issue, existing student general fee facility reserves, and from funds originally allocated to constructing the new Falcon Health Center.

Gilbane Building Company was hired as the general contractor, and construction began in August of 2013. During the next eight months the SRC remained open with limited operation. The facility was only closed to the public from April 13, 2014 until its completion in August. During this time, the weight/strength equipment and cardio machines were moved temporarily to the Perry Field House track room, and the group exercise fitness classes were also held in the Perry Field House.

• Purchase of new weight and cardio equipment totaling $650,000 in response to student/member feedback

• Numerous TV’s and various FourWinds monitors installed throughout the facility

• New parking lot behind the building 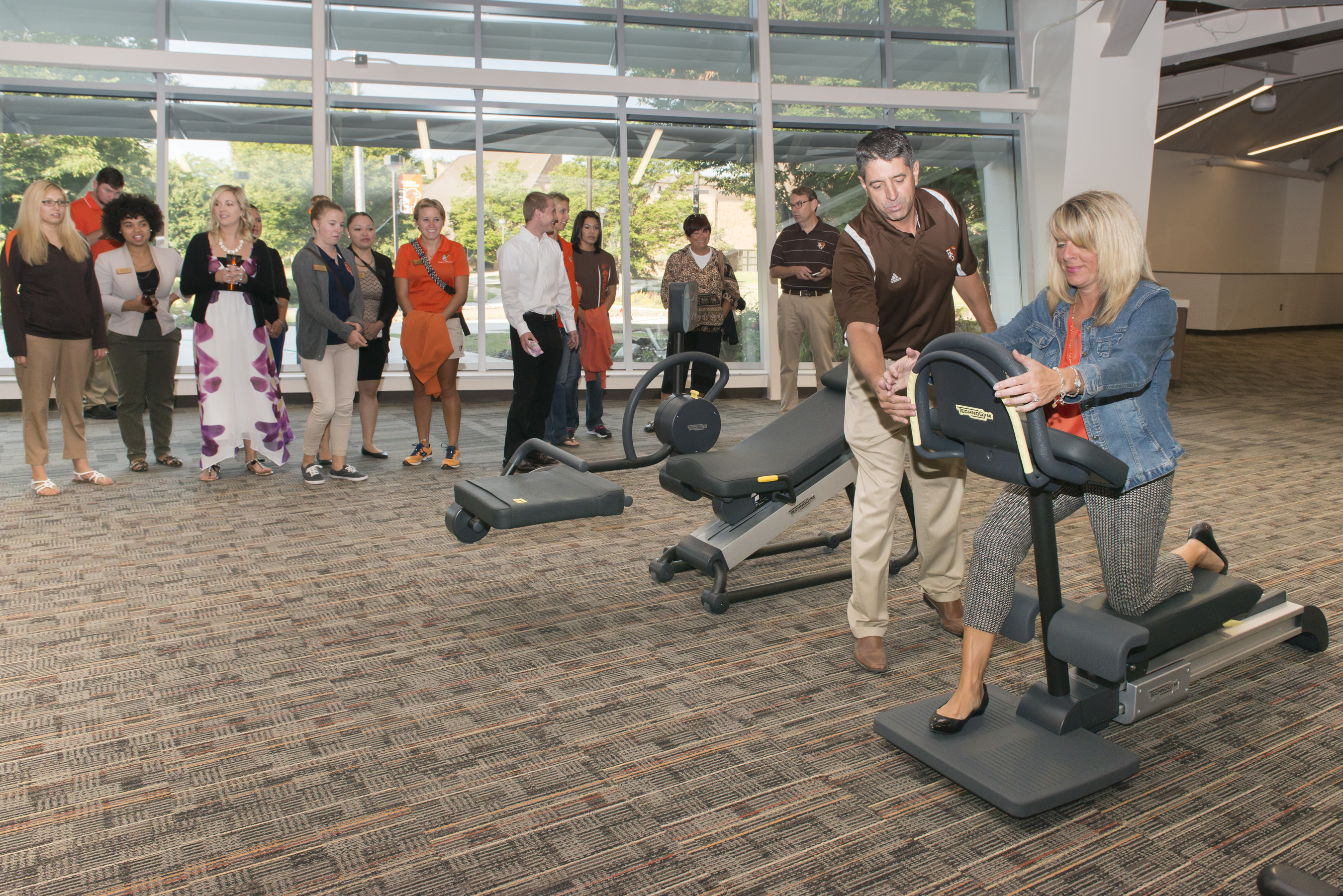 A ribbon cutting ceremony celebrating the new facility was postponed until the Spring 2015 semester because the MAC court, patio and parking lot were not completed in time for the re-opening in August. Once the final renovations were completed, the facility was not only the first student funded, stand-alone recreation center in the country, but also the newest student recreation center in Ohio.

Learn more about the different programs at the Student Recreation Center.

During the summer of 1991, several areas of the Student Recreation Center were restored to like-new conditions.

Renovations included handball, racquetball, basketball, tennis, and indoor volleyball court refinishing as well as the addition of four new outdoor lighted basketball courts and a sand volleyball court. The department also purchased four new exercise bikes and several step masters. To better service students, the office counters were redone and computers were added. At the conclusion of the renovations, associate director of the Student Recreation Center, Dr. Ron Zwierlein, stated that “the center is now good––if not better from the day we opened.” He added that “a number of people do not believe the center is 13 years old. They think its as new as the first day the key opened the door.”

Funding for the renovations came from the auxiliary improvement projects budget which was a reserve maintenance account used to keep the Student Recreation Center in good condition. The renovations were completed during the summer in order to minimize student inconvenience.

The Youth Fun and Fitness Program was created in the summer of 1982 after the Student Recreation Center opened for faculty use. 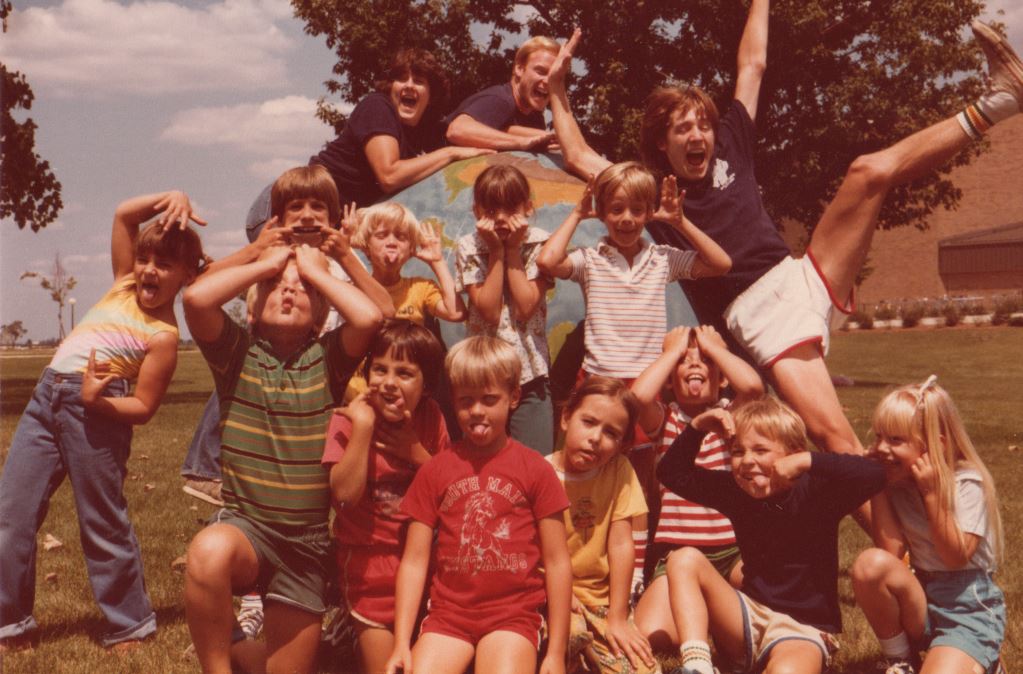 The objectives of the program were to help children recognize the importance of health, safety, and good leisure-time activities, to introduce children to different sports and teach good sportsmanship through both competitive and cooperative sports, and to provide children the opportunity to see campus programs through visits and hands-on experience. 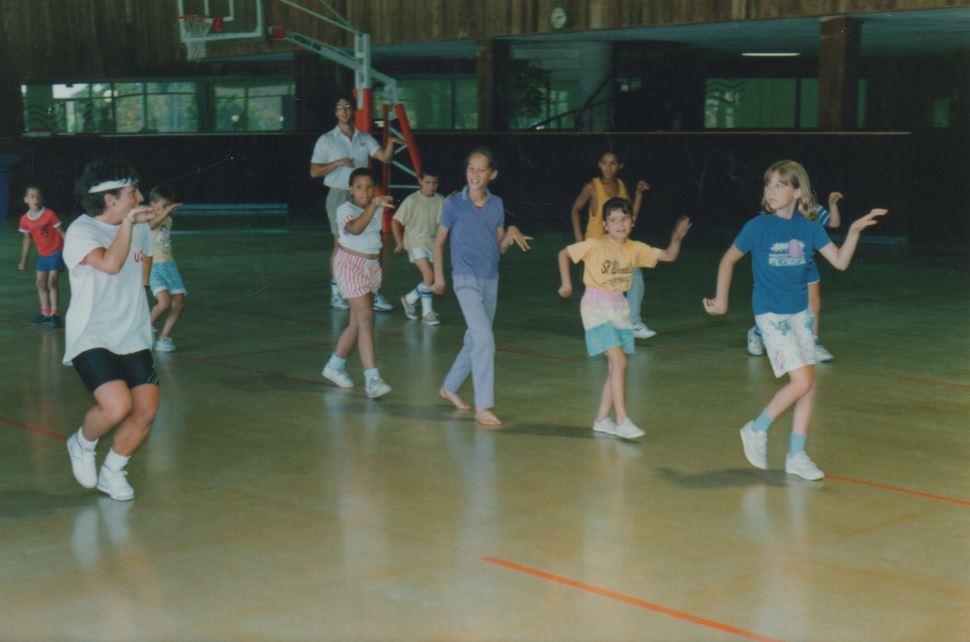 Children could participate in various indoor and outdoor physical activities that varied over the years. Some of the activities offered were swimming, sailing, ice skating, racquetball, kick ball, soccer, and whiffle ball, and outdoor games. Over the years various field trips were also offered such as campus and community tours, visits to WBGU-TV, the Wood County Airport, and sailing. Enrollment in the program had declined in 1992 and was discontinued soon after.