Broadcast graduate finding success in her home state of Illinois 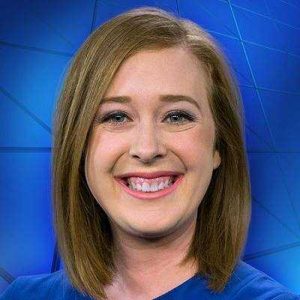 Hilyard said she learned so much being in the field at BGSU.

“I invested many hours a week into BG24 and don’t regret it for a second,” Hilyard said. “As nerve wracking as it may be, just getting out there and doing it is the only way you’re going to learn.”

Kathy Bradshaw, an associate professor who taught Hilyard in the upper level broadcast classes, said, “She was kind and engaged with other people in terms of working with BG24. She would be helpful with other people and I think that’s a sign of success.”

Hilard is a second generation journalist. Her father was in the newspaper business working for the Peoria Journal Star.

“He is definitely the reason I got into journalism in the first place, “ Hilyard said.  He didn’t push it on me, though. In fact, it was the opposite. He didn’t want me to go into news because of the state of newspaper nationwide right now. But I took that as he didn’t want me to go into print, which is why I went into broadcast journalism instead.”

Hilyard’s first job after she graduation took her to her hometown of Peoria, Illinois. She was a general assignment reporter at WMBD.

Last year, she accepted the same job title but in Des Moines.

Hilyard said the challenge she faces day to day in her job are deadlines. “You are assigned a story at 10 in the morning, and you have to have a package ready by 5 or 6 o’clock at night — along with other versions of your story, as well,” she said. “And of course, you are at the mercy of other people’s schedules, so that’s always tough.”

Bradshaw said Hilyard always knew how to get a story done. “I will always remember Hannah for her creativity, generosity, her kindness, and the skill at which she did things,” she said.

Hilyard said: “I’m doing exactly what I studied at BGSU to do. Not everyone can say that.”

This entry was posted in Alumni and tagged BG 24 News, Hannah Hilyard, Kathy Bradshaw. Bookmark the permalink.
Skip to toolbar