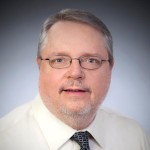 He was there in the beginning when the BG News Alumni Society formed in 2002 and now he is back.

Bill Estep, ’77, is bringing new life to the group as the new president.

He is at the front of the partnership between past and current students and plans on involving alumni in student engagement more than ever in the organization’s 15-year history.

Holding the organization accountable with strong goals and continuous involvement is Estep’s mindset for his time as president.

The society had been inactive for the last several years so in September 2016 co-founder and current BG News Society treasurer, Bob Bortel, ’77, felt that it was time to reorganize the society, and Estep was just the man to lead the movement.

“Bill has a passion for the university and has a special place in his heart for The BG News and what it meant to him as a student and tries to give back to the students by enriching their experience,” Bortel said.

One place Estep has worked hard is in honoring the memory of an alumnus and friend, Terry Goodman, who died of cancer at age 40. Goodman was a sports reporter and writer for The BG News and continued with a career in print journalism after graduating in 1978.

The society introduced the Terry Goodman Scholarship in 2011 for both a current BGSU student who is staffed on The BG News along with a high school senior who plans on attending Bowling Green and working for the student-run paper. The scholarship, however, had yet to be fully funded. That changed with Estep at the helm.

“That personal connection really just resonated when Bill took the president position,” said Jared Wadley, ’89, who serves as the current vice president of the

organization. “All the presidents who have been a part of the society have done a good job. One of the factors this time around was a greater effort that Bill wanted to get this scholarship program off the ground.”

Estep began working for the BG News as a sophomore, working his way up through the system by his senior year.

“I became the sports editor my junior year and they didn’t know what to do with me by my senior year so they made me the executive sports editor,” he said. “We had a really good staff. The 1970s was the height of the interest in journalism. It was right after Watergate and investigative journalism was hot back then.”

After graduating in 1977, Estep had a successful 10-year print journalism career that took him to Fort Wayne, Columbus and Toledo.

Most recently, he decided that it was time to put his knowledge of writing, editing and advertising all under one umbrella, thus Estep Media Solutions was born.

“Print is kind of a dying breed,” Estep said. “I wanted to keep doing something related and I always wanted to learn how to design websites.”

“I learned some of the basics and mechanics of web design from wix.com,” he said. “I was also the photo editor at Ohio University and supervised the photographers.”

While Estep is trying his best to move with the times and keep updated with technology, he does not want to lose touch with his love for print and BGSU.

“I had a great experience working for The BG News and I still keep touch with several individuals that I worked with in the 70s, and I think that the feeling is mutual,” Estep said. “I got a great education, which laid a great foundation for the rest of my career, so I owe a lot to Bowling Green.” 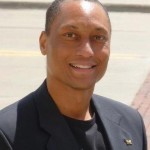 Jared Wadley, the newly selected Vice President of the BG News Alumni Society, looks to give back to students who fill the shoes where he once stood.

“I just want to give back to the BG News, the Department of Journalism and Public Relations and the BGSU community for getting me to where I am today,” the 1989 graduate said.

The Toledo native began his journey at BGSU in 1985. As a journalism major, Wadley immersed himself in student publications, reporting for The BG News, serving as an editor for The Obsidian and writing for Miscellany magazine.

“He was one of those students who really had a focus on what he wanted to do,” Robert Bortel, director of student media, said.

Wadley’s heavy involvement in university journalism led him to an internship at the Flint Journal where he was eventually offered a full-time job as a business, retail and economic development reporter. He later accepted a similar position at The Press Enterprise, in Riverside, California.

Old contacts and family led Wadley back to Michigan in 2002 where he accepted a public relations representative position at the University of Michigan. He currently holds the title of Senior Public Relations Representative for the university and handles pitches and press releases for social science departments on campus. Additionally, Wadley assists the press with set up and operations before and during media events on campus.

Wadley’s position within the BG News Alumni Society allows him to interact with students and act as their mentor. The goal of the mentoring program is to help the journalism students discover which field or career they would like to pursue. Wadley currently works with two students, helping them to practice important professional skills such as interviewing and job searching. He also conducts resume workshops and provides feedback on their media packages.

“The encouragement, advice and possible job leads from those already in journalism, broadcast and public relations can make a huge difference in one’s future,” Wadley said.

Being a journalism mentor isn’t the only way Wadley gives back to the university. He frequently returns to speak about public relations in classrooms, including those of professor Terry Rentner.

“I knew him throughout the years just as an alum,” Rentner said. “He would always come back for alumni activities and we would have him in the classroom every once in a while. I liked for him to talk to our students about PR,” Rentner said.

Wadley also takes part in an NFL engagement program here on campus called the Sports Journalism and Communications Boot Camp. The goal of this professional workshop is to prepare current and past NFL players for jobs in journalism after their sports careers have ended.

Wadley initially volunteered his time as a speaker for the Crisis Management in Public Relations session. He now works as an adviser to players throughout the duration of the workshop.

Wadley finds time within his busy schedule for he and his dog Legend to visit children’s and VA hospitals to provide patients with social, emotional and physical benefits through pet therapy. This weekly tradition has been maintained by the pair since 2010. Wadley, who has jokingly coined himself a, “dog whisperer,” said that even a small interaction with a dog can help patients destress while in the hospital.

He often sees patients before a surgery or procedure to help calm their nerves. Wadley and Legend also go to libraries and schools. Wadley encourages reading by having young students read to Legend.

“Sometimes interacting with a therapy dog is the right medicine to improve a person’s mental and physical health,” he said. “Just a few minutes with these well-trained, obedient dogs can lower one’s blood pressure and reduce anxiety and depression.”

Journalism alumna Danae King said she is thrilled to be volunteering at the place where she got her start.

Members of BG News Alumni Society decided to revitalize its 15-year-old program that had been on a hiatus the last couple years. The revamp is creating new opportunities for students to connect with graduates like King who are working in journalism.

As a member of the board, King has a female student that she is mentoring and helps the alumni society plan events.

“The idea is that we are there to help in anyway [the student] needs. I can read her stories, give her advice on her resume and give her an idea of what clips I think would be good,” King explained.

As the society makes more plans, King said she is optimistic to see what they can do in the future.

“I just really love the BG News. So I was really excited to get asked to do this and to be a part of the organization.”

King said her love for the BG News started her first day of college and her passion for writing developed early while growing up in the small town of Tipp City, Ohio.

“I was a really shy child, so I loved to read and that really translated into a love for writing,” she said. “I used to write all kinds of stories and I was on Power of the Pen.”

Through high school, King said she dreamed of becoming a novelist but thought a career in journalism seemed more practical.

Her junior year of high school she started working for The Tippecanoe Gazette and gained valuable reporting experience that prepared her for college.

When it came time to look at colleges, King considered BGSU. “First of all, my dad went there, I’m very sentimental.”

When she visited BG, she said fell in love.  “Jim Foust toured me around the journalism department and he showed me the BG News newsroom,” King said. “It was in West Hall then. It had ugly puke green walls and the diseased couch.  I teared up a little bit because it just felt like home.”

During her senior year at the BG News she served as editor-in-chief. King said she learned everything she knows through that experience.

“The BG News made me the journalist that I am today,” she said. “I was often there from like 7 a.m. to 2 a.m. working all the time. It was just kind of my life when I was in school.”

King also credits her mentors in college like Student Media Director, Bob Bortel, with her success.

“In some respects she was probably hard to work for because she had very high standards,” Bortel said. “She expected everyone else to be like she was and people aren’t like that. In the process though, it helped raise the level of quality overall.”

Associate Professor, Dr. Nancy Brendlinger, taught King in several classes, where she proved to be a great journalist and through independent study, they discovered they had a common interest in women’s issues. King loved the topic so much she made it her minor.

“By the time she graduated, we were friends. The thing that sets her apart from most other students was her inability to stay on the surface,” Brendlinger said.

“I was the only paid intern and I was given a lot of autonomy,” King said. “I reported on a lot of women’s issues, wrote on education issues and some business articles too. It was a really great experience.”

Currently, King holds the position of metro/general assignment reporter at The Columbus Dispatch, where she also interned in college.

King may do all kinds of stories now but she said her true passion is women’s and gender issues, which she hopes to write on full time someday.

She wrote on her personal website: “I want to make a difference in people’s lives and create change when necessary. I want my reporting, and the work of the publication I work for, to investigate issues and report facts that will help people live better.”

This entry was posted in Alumni, Involvement. Bookmark the permalink.
Skip to toolbar