We’ve all heard the age-old advice to get involved on campus, but 2000 graduate Sarah Bednarski-Hartigan is proof that campus involvement truly can lay the groundwork for future success and professional involvement. 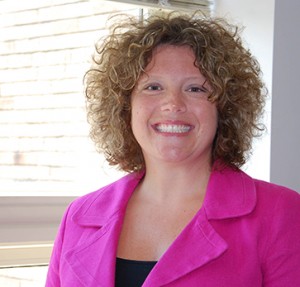 As the most recent professional media appointee to the Student Media Advisory Board, a university standing committee, Bednarksi will be working to ensure students in student media have many opportunities.

She said it is extremely important for all journalism students to be involved in some media. “I got involved,” Bednarski said. “BG has so many opportunities to get involved. If it wasn’t for those opportunities, I wouldn’t be where I am. My experience at the BG News was invaluable.”

Bednarski was appointed to the advisory board by President Mary Ellen Mazey on the recommendation of the Director of Student Media, Bob Bortel. Bortel worked with Bednarski as an undergraduate on the BG News.

Bortel said the board chose Bednarski because of her involvement in student media, the surrounding area and in the public relations field. Even though she graduated in 2000, he said she has remained involved at BG and always comes to the BG News tent at Homecoming.

“[Bednarski] had passion for journalism and writing and she pursued that vigorously,” Bortel said.

Bednarski also contributes to the professional public relations community as a whole, specifically as the Chair of East Central District Board for the Public Relations Society of America. She has been part of the board for four years, working her way from secretary to treasurer, to chair-elect, and now chair.

When Bednarski came to BG, she started in the print journalism sequence but changed to public relations at the end of her junior year.

She joined the BG News her first year on campus, but during her junior year she said she had a revelation. “Not that I didn’t love newspapers,” she said, “but when I saw myself post-grad I didn’t want to do news reporting.”

She continued her involvement with the BG News and added the Public Relations Student Society of America to make connections in the field.

The summer before senior year, Bednarski landed an internship with the Toledo Lucas County Port Authority. The PR internship continued as a part-time job throughout her senior year and led to full-time employment after graduation. Though she only stayed two years, this position helped solidify her passion for public relations, and internal and external communications.

She then moved to public relations for Mercy Health, where she is now Director of Community Relations as of this past January. Originally she worked on the internal communications team, and about three to four months in, she became the media relations specialist.

Bednarski said there is no typical day in her role as Director of Community Relations. “You never know what to expect from the external world in media relations,” she said.

She said the biggest challenge she faces is trying to represent the organization in the best way possible to each public. There are over 8,500 people to communicate with internally at Mercy Health; some are nurses, doctors, secretaries, janitors, etc. They all need the same message in different ways.

While communicating with so many different groups can be a challenge, Bednarski said she enjoys it because it allows her to be creative every day.

Another aspect of her role includes checking local and national news as well as following health trends in order to prepare for questions or proactively pitch ideas to media.

To this day, Bednarski still looks back on her time at BG fondly. “I made lifelong friends,” she said. “My friends who I was on the BG news with are my closest friends today and they continue to be my support system.”