Parenthood often steers people in directions they had not anticipated. Melissa Linebrink, Chronicle-Telegram journalist for the Grafton and LaGrange areas of Loraine County, is well versed in this situation. Linebrink, who graduated in 2000 as a print major, didn’t start at the Chronicle-Telegram, but she made the switch after her son her was born. 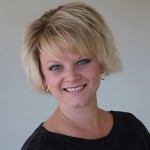 “I couldn’t support putting him in daycare and me working because the pay would have been nothing, so they actually asked me if I would work freelance for them,” she said. “I did that for about three years for my first company and then I got hired at the Chronicle newspaper in 2006.”

Now, Linebrink is in charge of a Friday page for the Chronicle-Telegram. It was not long after she started working there that Linebrink faced another conflict involving work and her child, which lead to her freelancing and part time job at the paper.

“I worked there for two days until I realized I couldn’t put my kid in daycare and go to work. I just couldn’t do that,” she said.

Julie Wallace, managing and metro editor of the Chronicle-Telegram, is also a BSGU graduate and mother. Wallace and Linebrink have worked together for eight years, and Wallace understands balancing work with being a mother.

“My people work a lot of hours and we work a lot of crazy hours. We try to figure out ways to make up for some of that lost time with the kids whenever we can,” she said.

Wallace also personally faces the struggle of balancing work with being there for her two daughters.

“I’m not a very good mom during the week. I really am not. I try to make up for it on the weekend,” she said.

In addition the Friday page, Linebrink writes a column for the Chronicle-Telegram called “The Mommy Wars.” The column runs every other week and features stories from her life as a mother to her three children: a 13-year-old son and 7-year-old twins, a boy and girl.

“I really have to make my column focus on not only me being 38 and being a mom, but I know that the readers I have could be in their 60’s. So, I have to make sure what I write about they could also relate to,” she said.

Although there may be an age difference between Linebrink and her readers, the material and anecdotes in her column can be related despite the age gap.

Linebrink also runs her own blog on the side. Her blog, Parenthood: The New Crazy Train, features highlights from her life as a mother as well. Sometimes Linebrink finds it easier to write posts for her blog.

“There are times when it’s easier to blog because I can get it done in 10 minutes,” she said. “The idea is just with me. I can run with it and not have to worry about the language I have to use.”

Linebrink said she enjoys being able to write more freely on her blog. Her blog allows for her to get her uncensored anecdotes to her readers.

“I’m one of those people who I guess I just keep it real with my blog. I think it allows for others to realize that they are not alone in the situation,” she said.

Writing both a blog and a column at the same time, however, poses a minor problem for Linebrink.

“I have to be careful because if I have a really good idea for a column and I want to blog about it at the same time, I can’t do that even though I own the column rights because it’s my own page,” Linebrink said. “I don’t want the people who subscribe to my column, my blog online, and those who get the papers to read the same stuff over and over again. I want to make sure that I keep it fresh for them.”

Linebrink has been featured as a blogger on the Erma Bombeck Writers’ Workshop site. She has won two Cordelia Robbins awards for honorable mention for two of her feature stories from 2015.

Linebrink is glad to have found a balance between work and being a mother.

“I have the best of both worlds. I’m still able to stay home with my kids and still able to keep my foot in journalism,” she said.

This entry was posted in Alumni and tagged Melissa Linebrink. Bookmark the permalink.