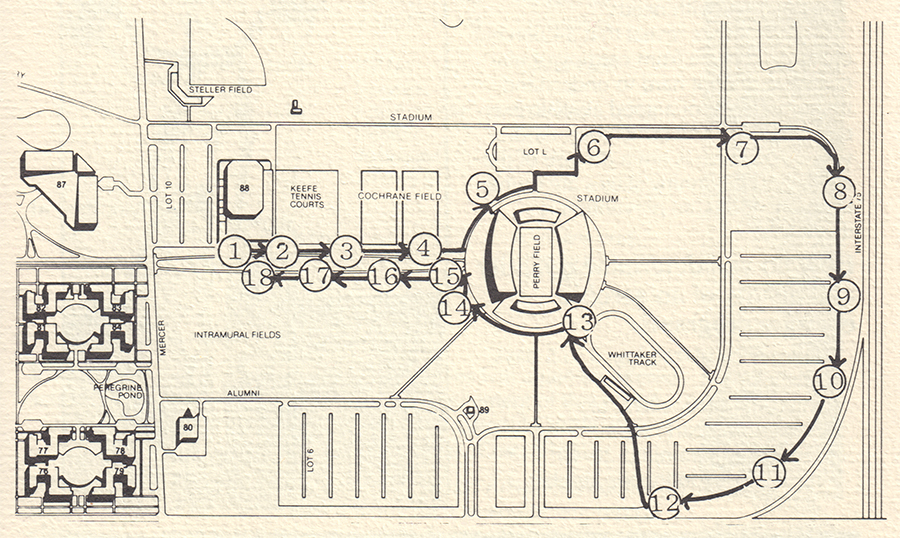 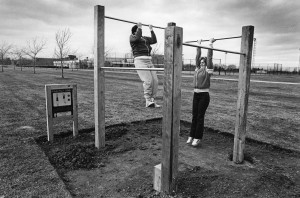 The Outdoor Program was able to purchase roughly $1,500 in new adaptive climbing equipment for the program after receiving $2,500 in grant funding from the Youth Enhancement and Support organization of Northwest Ohio (Y.E.S.) in 2009. The new equipment included harnesses, pulleys, ropes, and a specialized adaptive ropes course harness for fully immobile, wheelchair bound youth. The equipment was debuted on October 3, 2009 during the Student Recreation Center 30th anniversary celebration.

Jerome noted that initially, it was challenging to sell the idea of an adaptive rocking climbing course to the special-needs community. However, after inviting county developmental disabilities administrators to campus for seminars on the program, they were able to convince their clients that it was a safe and fun activity.

Five Wood County Special Olympics athletes participated in the first adaptive rock climbing program in April 2010. In reference to the program, Mary Sehmann, coordinator of Wood Country Special Olympics, commented, “we’re going to make it one of our sports because the benefits are so great. It helps with upper-body strength, balance, problem-solving, decision-making, even communication.” Scott Mitchell, lead sports technician for Wood Lane was also impressed and stated, “it really helps their problem-solving skills, especially at the bottom where there are so many choices: Where do I put my hand? Where do I put my foot? You can see the wheels turning: Where do I go next? What do I need to do?”

Ms. Sehmann said that it was exciting to watch people who initially said they couldn’t do it after their first attempt, later reach the top of the wall. “Times are changing. People are trying more things,” she said. “This is a thrill sport, and people with disabilities want to do a thrill sport too.”

Learn more about the Climbing Wall. 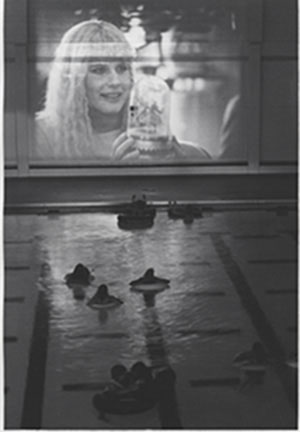 The Dance Marathon was founded in 1991 in memory of Ryan White, and the event is now held annually at over 100 university campuses across the United States and Canada. The purpose of the BGSU Dance Marathon is to raise money and awareness for Mercy Children’s Hospital and to benefit Miracle Families through fundraising and the involvement of the campus and the community.

BGSU set another record in 1997 when it raised $102,958.17, which more than doubled the previous record set by Iowa City, Iowa for a second-year Dance Marathon.

Learn more about Dance Marathon and how you can get involved at BGSU.

Bowling Green State University has valued the health and physical fitness of its students since its founding in 1910. To foster the growth of athletics and physical education on campus, the first gymnasium was constructed in 1915 inside the Administration Building (University Hall) underneath the auditorium (Eva Marie Saint Theatre). It was later converted into a Recreation Hall (c. 1934), and in 1960 the Recreation Hall was turned into the Joe E. Brown Theatre.

Over the years, the former Administration Building, now called University Hall, has served a variety of purposes. In addition to housing the University’s first gymnasium (later referred to as the Recreation Hall), the building has also contained an auditorium, library, classrooms, and special quarters for home economics, industrial arts, and music.

Planning for the construction of the Administration Building began in 1911 when the General Assembly of Ohio appropriated $150,000 for its construction as well as construction of a women’s dormitory (Williams Hall). Proposals for the provisions of material and labor were submitted to the Board of Trustees by October 11, 1912, and the general contract was awarded to The Steinle Construction Company of Fremont, Ohio for a sum of $134,427. A $2,160 contract was also awarded to The Huffman-Conklin Company for plumbing, gas fitting, and sewerage, and a $2,525 contract was awarded to The Bryce Heating and Ventilating Company. All contracts were signed on January 20, 1913 by the Board of Trustees members and the contractors. The trustees and building architects, Howard & Merriam, then staked off the ground in the location of the building.

On July 3, 1913, the Board of Trustees approved the plans, specifications, and estimates for completion of the Administration Building as submitted by Howard & Merriam architects, after which, construction was able to proceed. The original plans included 25 classrooms, science laboratories, a library, a small auditorium, a heating plant, and the President’s offices. However, in 1913, the decision was made to expand the size of the auditorium and include a gymnasium directly underneath. The number of classrooms was also increased, and the science laboratories and heating plant were eliminated. To fund the expansions, an additional $41,000 was appropriated.

By that time, the gymnasium was also mostly complete, with the exception of the flooring. On August 28, 1915, it was decided to defer the laying of permanent flooring until a later period, and rough boards were laid down temporarily. However, it was noted in the December 17, 1915 Board of Trustees meeting minutes that 1915-16 appropriations including funding for painting outlines on the gymnasium floor at a cost of $4.00, indicating that the permanent flooring had been laid or was to be laid soon thereafter. Also, listed in the November 4, 1915 Board of Trustees meeting minutes was a 1914 appropriation for the purchase of a gymnasium apparatus at a cost of $1,175.

In 1934, after nearly two decades of use, the Board of Trustees made the decision to convert the gymnasium into a recreation hall. By that time, the Men’s Gymnasium (South Eppler) had already been in use for nearly seven years.

In 1960, the Recreational Hall was converted into a theatre. This new theatre was constructed in order to replace the Gate Theatre, which was demolished in 1961. The theatre was dedicated in 1961 as the Joe E. Brown Theatre to honor the Holgate, Ohio-born comedian, stage, and film star.

In March of 2016, the section of University Hall that housed the original auditorium (Eva Marie Saint Theatre) and the original gymnasium (Joe E. Brown Theatre) was demolished during renovations.

The program was divided into two parts, with demonstrations by participants from the training school (third – sixth grade boys and girls) in the first part, and demonstrations by college girls in the second part. Demonstrations by the training school included “The Muffin Man,” a song and rhythmic game, the “Ace of Diamonds,” a rhythmic game, an athletic memetic drill, an Indian club relay race, and a dance performed by Elizabeth Beyermann (third grade). Demonstrations by the college girls included an Indian Club drill, a Swedish gymnastic drill, a wand drill, maze tag, a “Norwegian Mountain March” dance, a “Blecking” dance, and a minuet performed by the sophomore girls. 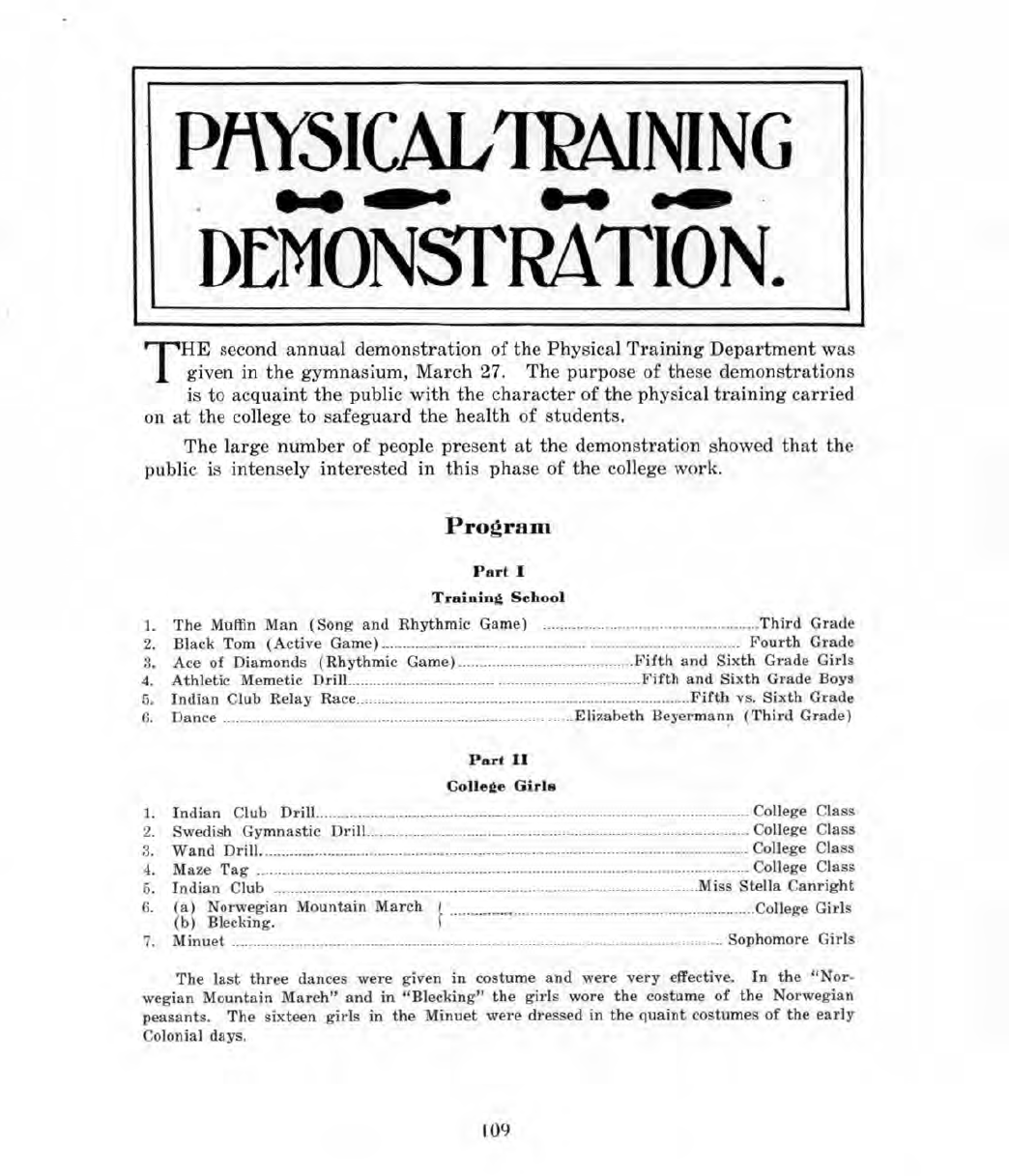 Learn more about the history of Recreation and Wellness at BGSU.