If I could sum up my past adventure in China in one sentence I would probably use something along those lines; however, that would be impossible, because I cannot sum up these crazy and adventurous last few weeks in just one sentence.

Since I arrived ahead of the entire group, I was fortunate enough to receive a private tour of Xi’an from one of the TA’s, which went by the name of ‘Swag.’ Besides touring through the city of Xi’an, the highlights of the day included the Muslim Market, a market where you can pretty much find anything you’ll ever need, and taking pictures in front of some “rebellious government words” as described by Swag, hence the serious face and pose. 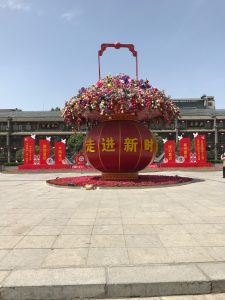 While exploring the city the first few days was fun, it was now time to get to the university. Aside from learning international business concepts, we also learned and dove into what Chinese culture and traditions truly means.

While back in the US I would consider myself an average tea drinker, drinking maybe 2-3 cups per week, and by drinking tea I mean putting a tea bag in a bug and pouring hot water in. Tea here is like a daily routine, many drink tea throughout the day like we drink water. And in a two-hour tea ceremony session, we learned the different types of tea, and how each one must be prepared in a different way. It was interesting to see how they take pride in their tea here, because many back home don’t even drink tea.

It’s known that the Chinese do not write with English letters, but I never truly realized how complex their symbols can be to write. Depending on how you write a certain symbol, it may have a completely different meaning, and then each symbol can be written in many different styles. During a class, given by a calligraphy master I maybe picked up and learned how to write a handful of symbols. While it was challenging to master the art, it was fun and interesting. Just like the tea ceremony, the calligraphy master took extreme pride in his work and was watching us very closely as we were attempting to get even remotely close to his work.

In addition to in-class learning, we also did a lot of expeditions and excursions outside of the walls of the classroom. To fully understand the people and culture, you must understand the long history of China. While US history spans a few hundred years back, Chinese history spans across thousands of years. Fortunately, China has done an outstanding job preserving their history in museums and protected history sites. While the museums were rich in information and highly interesting, none of them compared to the sight of the Terra Cotta Warriors’.

The sheer volume and number of live-sized, hand-made soldiers was breathtaking. And on top of that, each one was distinct and individualized, meaning not even one was identical to another one.

Of course, one of the biggest aspects of going to Xi’an, China was the food. The food was interesting at times, however most of it was absolutely mouthwatering and delicious. 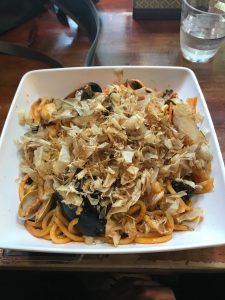 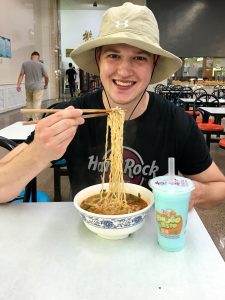 While the cultural lesson and food was very exciting, one of the most memorable events of the trip was visiting the Xi’an “Free Trade Zone.” Since I am studying international business, diving into a trade zone in a foreign country and seeing how business and trade is conducted on a large-scale operation with enormous visions for the future was breathtaking. China is in the process of implementing and fulfilling their “Belt and Road” initiative, so understanding the concepts of how their trade vision will be fulfilled in Xi’an was very enlightening. 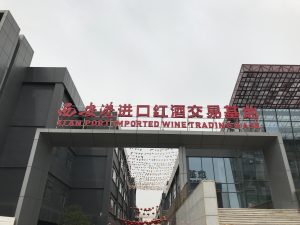 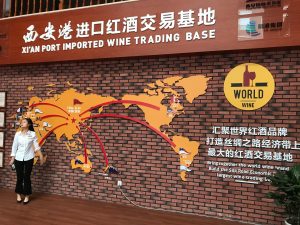 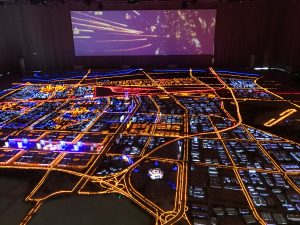 So, while you may be thinking yourself China isn’t the country for you, because of the language barrier, such a different culture or other reasons, you should think again. While it is true, that China is hardly anything like the US, or anything you are used to in general, China is an extremely welcoming and friendly country and I would go back without hesitation.

Sometimes you just have to step out of your comfort zone and explore something new. 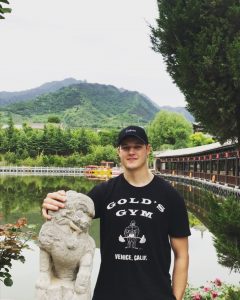