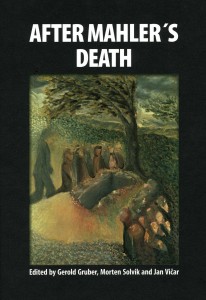 Eftychia Papanikolaou, Associate Professor of Musicology, has had her latest publication appear in print. Her chapter “Trauma as Memory in Ken Russell’s Mahler” is included in an interdisciplinary collection of studies titled After Mahler’s Death. Each chapter in the book traces an aspect of reception history following Mahler’s death. Her essay discusses how Ken Russell’s biopic Mahler (1974) serves as a microcosm of reception history of Mahler’s life and music; it also addresses modes of memory and trauma analyzed through Russell’s cinematic approach.

BOWLING GREEN, O.—Audiences will have a chance to celebrate Halloween in a uniquely scary way this year and experience the film “Frankenstein” as never before.

The Festival Series event will feature a screening of the 1931 Boris Karloff film with a new musical score played live by BGSU music faculty members. It begins at 8 p.m. Oct. 31 in the Thomas B. and Kathleen M. Donnell Theatre at the Wolfe Center for the Arts.

Cashbox Classical Music Editor Rob Tomaro said of a previous performance, “The audience was riveted to their seats. The power of the live music with the classic film was hypnotic.”

Audience members are invited to dress up in costume. There will be a costume contest, with three winners selected before the concert and awarded prizes.

“When the Film Society of Lincoln Center opened an adjunct theater in Westchester,” Shapiro recalled, “I spoke to executive director Steve Apkon about doing a joint project during their opening season with my orchestra and the theater. During our discussion I offered to write a film score for ‘Frankenstein’ that would be played simultaneously with the 1931 film by live musicians,” he said.

The original picture has spoken dialogue, qualifying it as a “talkie,” but no musical score, Shapiro explained. The technology did not exist in 1931 to have a separate music track on the film, he said, adding that the first through-composed film score was Max Steiner’s “King Kong” in 1933.

“Writing for a ‘talkie’ with a simultaneous live score is in many ways a new art form, so it’s tremendously adaptable and exciting to do,” Shapiro said.” He also noted that live orchestral performance with film attracts a new audience to experience this hybrid medium.

“I love writing music that has a dramatic impulse,” he said. “I thought of this Frankenstein score as almost a one-act opera … but instead of writing music to move singers across a stage, I thought of moving actors through their dramatic action, commenting on what is being portrayed emotionally by (director) James Whale in his masterpiece.”

“I try to write music in every form that gets under the listener’s skin,” Shapiro said.

There is no intermission for the performance. The audience is invited to a special after party at The Melt Shoppe in downtown Bowling Green.

Tickets are $12 for the public and $5 for BGSU students and can be purchased online at bgsu.edu/arts or by calling the Arts Box Office at 419-372-8171 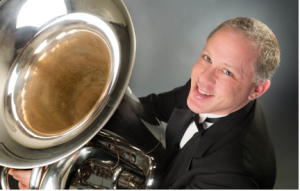 David Saltzman will be performing the Plau Concerto for Tuba & Strings on October 17th and 18th at 8 PM in  the Toledo Museum of Art – Peristyle Theater.

Read the Toledo Blade article on the upcoming performance of this unique repertoire.

Student rush tickets are only $5 at the door with valid student I.D. More information can be found at ToledoSymphony.com 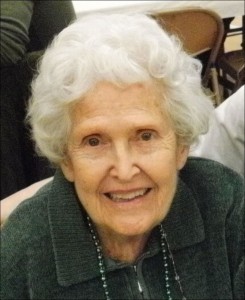 Virginia Starr, a noted voice teacher and a retired music professor at Bowling Green State University who performed in opera houses across Europe and the United States, died Tuesday in the Manor at Perrysburg. She was 87

Miss Starr retired in 1998 as a professor of music performance studies. She arrived in 1968, and at a concert to showcase new music faculty she performed the aria, “Sempre Libera,” from La Traviata, complete with high E-flat, said Richard Mathey, another 1968 hire.

The trio performed “Kalamus” by Dana Wilson, “After the Rain” by Theodore Burkali, and gave a world premiere of “Gaze” by David Bixler, Associate Professor of Jazz Saxophone and Director of Jazz Activities at BGSU. Dr. Nelson also performed Gabriel Pierne’s Solo de Concert for bassoon and piano, and Dr. Mieses performed “Niobe” by Thea Musgrave and “Cognition” by BGSU alumnus Michael Kasinger.