The amount of Chinese business and culture that I have experienced and learned about this past month is more than I could have ever imagined. From the very first day in the country I was already learning about the rich cultural influences that China held. One of the most influential parts to this program were the language partners. Below is Tina, she was one of our language partners and helped us to easily get around the city. 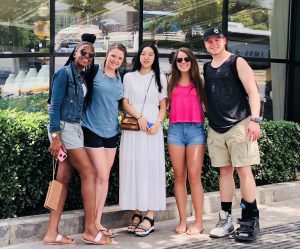 Interacting with the language partners gave me firsthand experience by talking and communicating with them and through those conversations they really portrayed to me how important their culture is to them.  Throughout the process of helping them learn English and them teaching me Chinese, I learned about their daily lives and how deeply rooted their culture is in all their lives. Along with that, a huge take away from the Chinese courses we took on campus was how important their culture was to them. 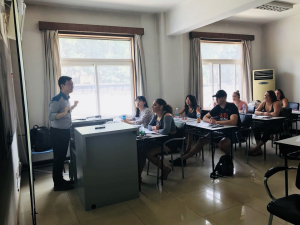 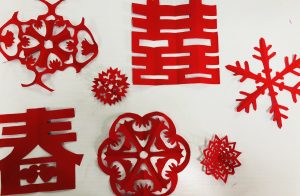 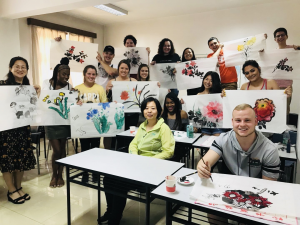 The Calligraphy lesson was interesting seeing all the possible canvases for the Chinese characters and further learning about what they all mean. 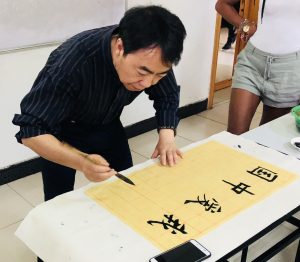 The Taijiquan lesson was also so informative because I never knew that it was used by the elderly for exercise which is very unlike what it is portrayed as in American movies. But most of all, the most influential lesson to me was the Tea Ceremony. 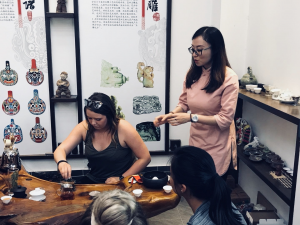 After that lesson, I felt like I was starting to fully understood what culture meant to them and how deeply it was held in their hearts. Learning about the several types of teas and where they originate was very interesting, but above all gaining a respect for tea masters and the art that they perform was the highlight of these classes. Everything the Chinese do has a significant reasoning and cultural importance behind it which amazes me. Now I will say there a few things they do that I don’t agree with (the squatting toilets) but the way they conduct business and allow their culture to guide them in their doings are not some of them.

We had the privilege of visiting the Yuanjia Village and after doing so, it really brought together and combined the two sides of business and culture into one in my mind. 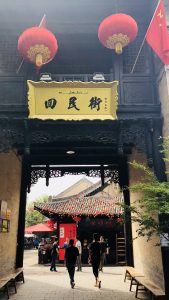 This village is comprised of 60 households who each specialize in one item to sell to the public. The way they all stick to their roots, are minimalists, and don’t let the modernization around them change them from sticking to their beliefs and culture is amazing. They must be doing something right because they are successfully conducting business and are bringing in 3 billion dollars annually which is crazy! Anyone that wants to learn a thing or two about business should visit the Yuanjia Village.

Along with that, touring the free trade company was more informative than I could have thought. 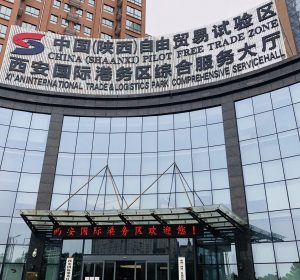 The amount of time and work they put in to make sure everything runs smoothly while also expanding their business at the same time is something they can be very proud of. I have come to learn that there are endless business possibilities in China.

There was something that wasn’t even part of the program that really stuck with me when thinking about conducting business. After visiting the Silk Road museum, as we were walking around, an Indian man came up to us and asked us where we were from and was making simple conversation. We came to learn that he came to China a few years ago with virtually nothing and now he runs and owns his own restaurant with the help of the Chinese government’s positive backing and his will to succeed. That was such a small story and only a few minutes of my day but it will stick with me forever. 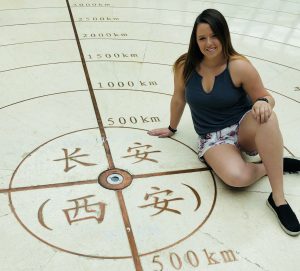 Another place that we visited which was rich in Chinese culture was the Terracotta Warriors. It was amazing to see so many of those warriors still intact after all these years. It was so cool that we could see their beliefs stemming back that far through what was left behind. It shows the lengths that they would go to for protection.

Seeing all the clay formations left behind in the tombs had me imagining how much time that all took. It just further showed how respected their superiors and emperors were to them based on all that they did for them. An emperor’s life was pretty much all spent planning for his afterlife. Also, hearing that an emperor could have as many wives as they wanted was astonishing! Some had hundreds…. crazy! 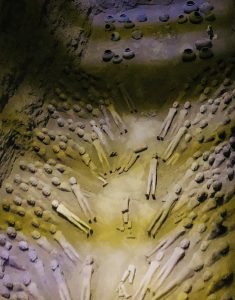 After we visited the rich cultural spots in Xi’an, it was off to Beijing! On of our stops was Tiananmen square and the well-known Forbidden City. I found out that the square was one of the biggest in the world. The complex has almost 1,000 buildings and the architecture was so detailed. It was so interesting learning about the background and history of the buildings where the old emperors used to reside. 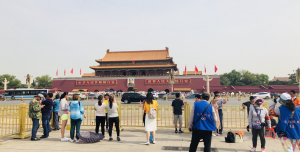 Another stop was the Great Wall of China. I learned that it isn’t just one continuous wall which I had previously thought. It was originally built for protection and defense around China states to keep intruders out. It also served the purpose of border control in order to regulate goods being sold on the Silk road. 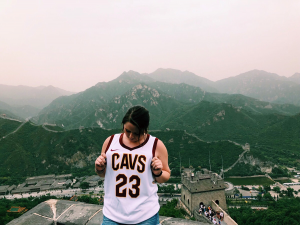 We also had the chance to visit the 2008 Summer Olympics Park! The building which held the opening and closing ceremonies is called the Bird’s Nest. These Olympics were when Micheal Phelps set a record! 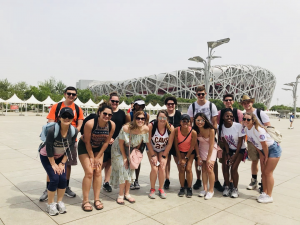 Along our travels we had the opportunity to visit some of the most well-known restaurants in all of China. We got to taste the place famous for the best dumplings in the country. They weren’t my personal favorite but a lot of people did really enjoy them.

We also got to try the place famous for the best roasted duck in China. I can now surprisingly say that I like duck…. It was served with little wraps that you can put it in along with whatever else you would like to put in it, it was delicious. 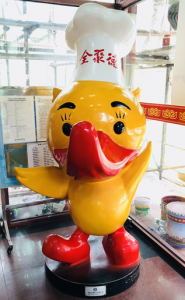 Over the course of this past month, I really did get to see and experience it all. From the food to the culture to the way they conduct business, it was all very interesting and eye-opening. There are so many opportunities for entrepreneurs in this country. I’m so glad I got the opportunity to go on this trip because it really did give me a better appreciation for everything I have in my life. It also helped me gain more respect and a better understanding of how business is conducted in China.