Dr. Karl Larson (MM, DMA BGSU) will give the world premiere of “hard hit” for solo piano by David Lang. The concert will take place on January 29, 2015, at Spectrum in New York, NY.

A sought after collaborator, Larson has worked with many notable musicians from around the country, including Tristan Perich, Mantra, Eve Beglarian, the Eco Ensemble, the Sleeping Giant Collective, and the W4 Composer Collective. He is on the faculty of the Brooklyn Conservatory of Music. 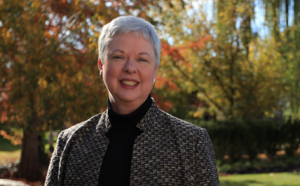 Russian pianist Anna Vasilyeva graduated from College of Musical Arts in May of 2011, earning a Master of Music degree. She majored in Piano Performance and studied with Professor Thomas Rosenkranz.
Currently, Anna is a second year Artist Diploma in collaborative piano student of Anita Pontremoli, at the Cleveland Institute of Music.

Anna has recently been appointed an Executive Director of the “Russian Heritage Piano Competition” (RHPC)in St. Petersburg. The competition is held at the Special Music School of the St. Petersburg State Conservatory, and celebrates the memory of Professor Elena Shishko.

In July 2012, Anna was a guest artist at the Piano Plus International Festival in Athens, Greece, where she gave a recital and taught a master class at the Athens Conservatory. Recently, Anna recorded music for the film “Spectral Evidence,” under the multi- award winning director, David Manocchio. The film will be released in summer of 2012.

Anna’s future engagements include performances at the International Piano Festival in Castrolibero, Cosenza, Italy (Sept, 2012), as well as at the Piano Plus International Festival (July, 2013).

Scott Price, who holds a B.M. in piano performance from BGSU, as well as an M.M. from the Cleveland Institute of Music and a D.M.A. from the University of Oklahoma, currently serves as Professor of Piano and Piano Pedagogy, Head of the Piano Area, and Coordinator of Group Piano in the University of South Carolina School of Music. Dr. Price has just been chosen as one of just 12 professors from the universities of the Southeast Conference to receive an SEC achievement award. http://www.secdigitalnetwork.com/NEWS/tabid/473/Article/233718/2012-sec-faculty-achievement-award-recipients.aspx