This was my first aboard trip I had no idea what to expect I became interested in this program by my professor Dr. Man Zhang she lectures a International  Business course at Bowling Green State University. She made sure we were well equipped with the Chinese cultural by holding several lectures. Preparing for the trip I purchased a passport and visa. The reason why I chose to study aboard was for my grandfather after I graduated college we had long decided that I would travel the world sadly he passed away late last year.

Welcome to my home away from home. This is Xi’an, China its population hold 12 million people I stayed on a campus Shaanxi Normal University . There we were hosted with language partners and introduced to a lot Chinese cultural like taking language courses, calligraphy, and tea ceremony. 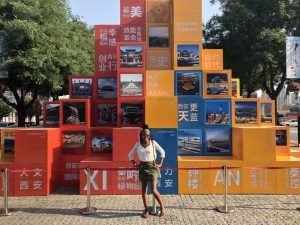 My most favorite Chinese course was the calligraphy I was most interested in that because it showed me the different styles of calligraphy which was clerical, traditional, running and cursive script. The class also want into break down of the meaning behind the calligraphy we were able to pick our our words to paint in calligraph it made me feel more in to the culture. 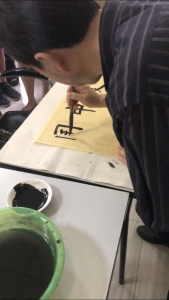 One of my favorite museums we visited was the Terra-cotta Warrior Museum I heard previously head that the museum was for armies but the story behind it made it all more intriguing to me. The terra-cotta were dead like clay soldiers and animals that were over 2000 years. When a local farmers discovered it while digging for soil in Central China. 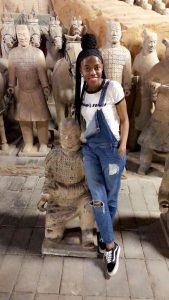 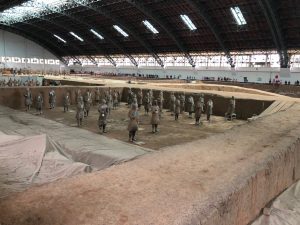 Another favorite place of mine was visiting the Yuanjia Village experiencing the cultural head on it was an eye opener watching how they handmade everything how open and welcoming were of one another. The village made 3 billion dollars last year due to the taking advantage of rural resources to develop an folk tourism. 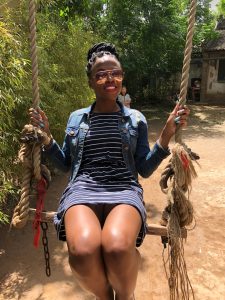 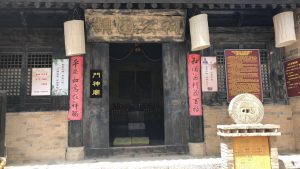 I also enjoy Chinese entertainment choices like visiting the Voices of the Chinese Opera, Everlasting Sorrow, and aerobics. I enjoyed visiting the Everlasting Sorrow a story about a beauty dies due o her beloved concubine of the Emperor who which her so deeply. The show was outside and the shows was on water thew bright lights and fire was a great aspect to the show. I enjoyed how I was able to follow the story through visual. 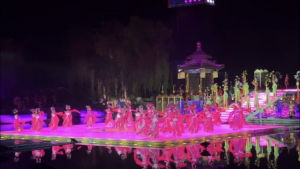 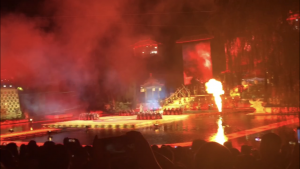 Exploring China make me dig into my artsy side by making noodles, practicing Taiji, making clay sculptures, creating stamp from ink pressing, traditional paper cutting & water painting . It was interesting to how these different type of activities have in their cultural. My favorite activity was making the clay sculptures because the visiting the Han Yangling  Museum  we saw cultural relics, emperors tombs, and sacrificed graveyards. Therefore, remaking the relics made me feel like I was recreating history. 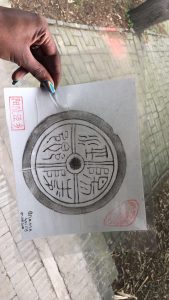 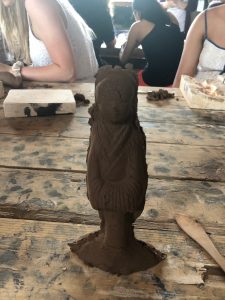 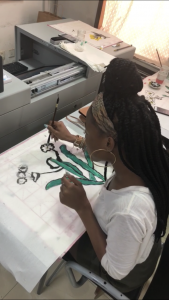 Walking The Great Wall of China was absolutely one the best things I’ve ever done I was immediately taken back when noticed that there were all steps I pictured more like a bridge setting. I started off very good and slowly down but I didn’t stop I made it to the top. With encouragement from a student who was wearing a boot and he was determined to make it to the top. Although wherever you stopped is your top of the mountain. 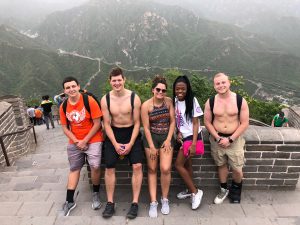