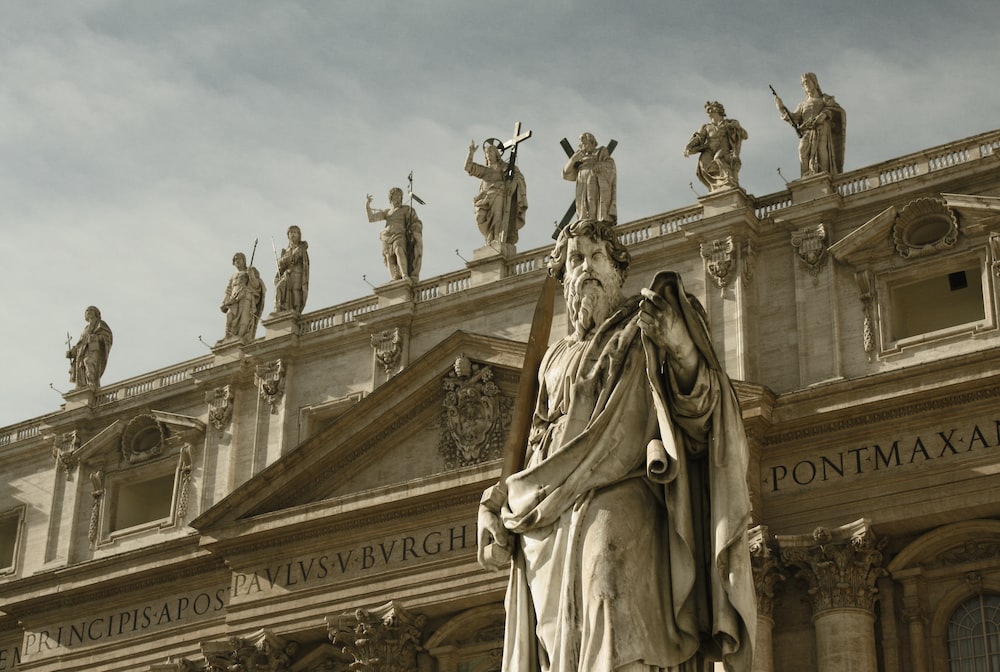 Statue of Saint Paul in front of Saint Peter’s Basilica in Vatican City. Photo Credit to Nils on Unsplash.

Recently, while working on my own research, I was struck by the parallel trials facing the writers who participated in what we might call a project of Catholic Enlightenment in the seventeenth and eighteenth centuries, and the current headline-making struggle to reconcile the institution of the Catholic Church with modern realities.  Broadly speaking, the participants in the early modern Catholic Enlightenment were much the same as their twenty-first century counterparts: women and men who both valued their Catholic identities and sought to resolve the apparent tensions between that identity and more secular understandings of reform, progress, and essential human dignity engendered by the Enlightenment.  Ulrich Lehner, the foremost scholar currently working on the Catholic Enlightenment project, depicts a project of social reform which sought to address a variety of perceived flaws within the church, from the despotic reign of the papacy and episcopacy to the church’s stance on controversial issues like slavery and the treatment of women.[1]  My own research into the theological and philosophical side of all this reveals much the same: dedicated Catholics who nonetheless saw value for the Church in embracing new philosophical concepts that reconsidered the nature of human identity and individuality, many of which the Church had remained skeptical if not openly hostile.

Though it is often problematic to attempt draw through lines between historical debates and current ones, in the case of the Catholic Church—an institution steeped in its own history and sense of tradition—it might just be warranted. Though the election of Pope Francis in 2013 seemed to many to signal a new direction for the Church, many observers seem disappointed with the overall failure of the Church under his leadership to conform to twenty-first century cultural and social standards regarding things like the treatment of women and the LGBT+ community or the response to the persistent problem of pedophilia and sexual misconduct in the ranks of the clergy.

For an intellectual and religious historian like myself, the behavior of the Church, even under the leadership of someone like Francis, is unsurprising.  In fact,  I often see the Church using the same arguments against responding to calls for reform now—whether it be an increasing acceptance of LGBT+ lifestyles, the call for women to be appointed to greater positions of authority, or the growing outcry against institutional structures which protect priests who abuse minors—as it did to calls for reform in, say, the seventeenth and eighteenth centuries.  Deference to tradition and resistance to the impertinent demands of “the temporal world” (against whose secular corruption it always defines itself) figured prominently both then and now.  Ultimately, the Catholic Enlightenment saw its efforts largely ignored, as the nineteenth-century Church reacted against the radical atheism of the French Revolution and turned toward a conservative Catholicism which rallied around the papacy and rejected all Enlightenment as dangerous to the health of the Church and Christianity in general.  It seems that the Catholic Church, most often by choice, is doomed to fight the same battles and to face many of the same criticisms over and over again, largely because it defines itself in part by its resistance to change even when faced with its own history.

[1] Ulrich Lehner.  The Catholic Enlightenment: The Forgotten History of a Global Movement. Oxford: 2016.