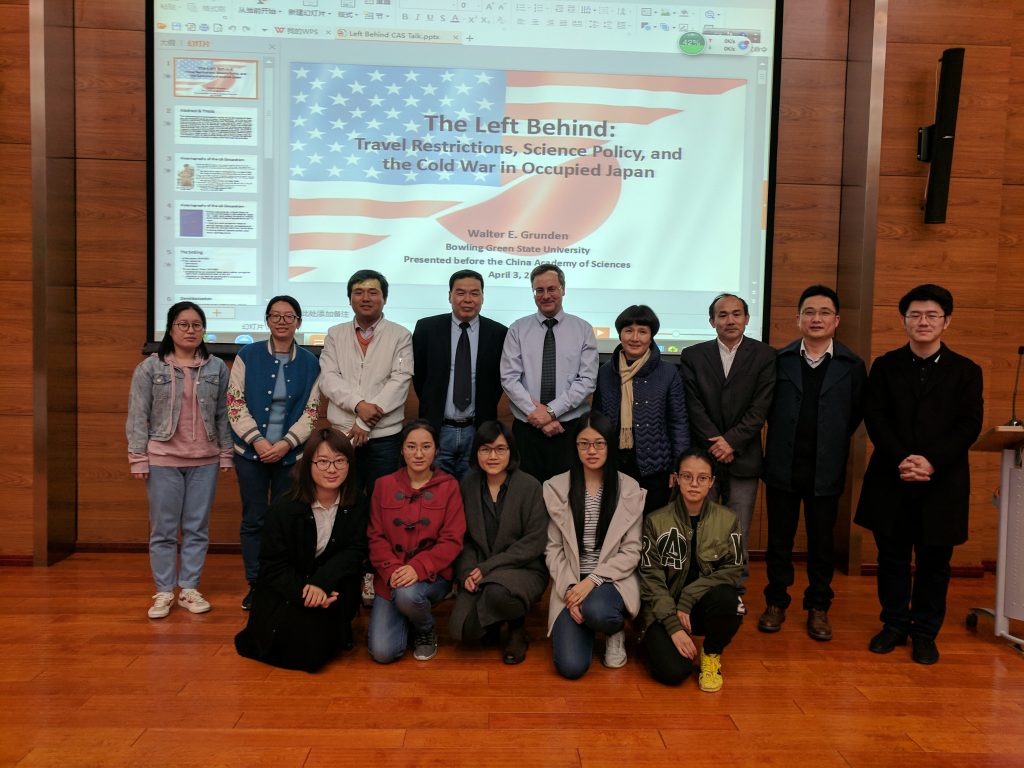 On Tuesday, April 3, 2018, BGSU History Department Professor Walter Grunden visited the prestigious Chinese Academy of Sciences in Beijing to present an invited guest lecture at the Institute for the History of Natural Sciences. The lecture, entitled, “The Left Behind: Travel Restrictions, Science Policy, and the Cold War in Occupied Japan,” examined how United States occupation officials used visas for international travel from 1945 to 1952 as both a carrot and stick to influence the political behavior of Japanese scientists, which ultimately resulted in the isolation of a select group who were deemed to have been communists, socialists, or “fellow travelers.” Grunden’s host, Professor Zaiqing Fang, noted that this is an aspect of postwar Japanese history about which Chinese academics know too little. The essay upon which the lecture was based has been accepted for publication in the Journal of American-East Asian Relations. 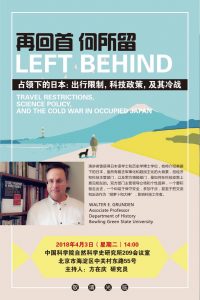 Grunden’s visit to Beijing marks the halfway point in a six-month long journey in Asia, which so far has taken him to South Korea, Hong Kong, Vietnam, Cambodia, Thailand, and several destinations in China. “I am trying to get the most out of my spring sabbatical not only by conducting research for my primary project, but also by visiting important historical sites, such as the Great Wall, and pursuing side interests, such as experiencing national history museums, as well as exploring numerous temples to examine up close the many forms of Buddhist iconography that can be found throughout East and Southeast Asia. I’m really looking forward to sharing these experiences with my students when I return to Bowling Green,” Grunden said. Grunden also remarked that the trip has had some particularly memorable moments. “One day last week as we exited a museum, we found that all the traffic in our part of the city had come to a complete stop. There was an incredible security presence with both police and uniformed military officers lining the streets. Suddenly, on the overpass ahead, there arrived a number of police and military vehicles followed by series of luxury sedans speeding by. Only the next day did we learn that we had encountered Kim Jong-Un’s motorcade on its way to downtown Beijing.”

The next stop for Grunden will be Japan, where he will continue his research on science policy during the years of the US

occupation. Grunden has been awarded a grant from the Japan Society for the Promotion of Science to collaborate on this project with Professor Kenji Ito at the Graduate University for Advanced Studies (SOKENDAI) in Hayama, Japan. 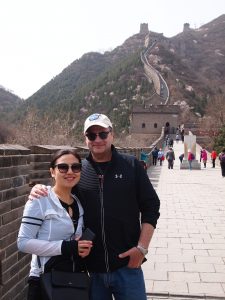 Photo 2: Promotional poster for Grunden’s lecture, “The Left Behind”

Photo 3: Grunden and his wife, Han Li, on the Great Wall at Juyongguan north of Beijing