Eftychia Papanikolaou, Associate Professor of Musicology, is one of five scholars invited to participate at an afternoon symposium titled “Beethoven’s Sacred Music in Context,” organized by Professor Markus Rathey of the Institute of Sacred Music at Yale University.

The symposium is presented in conjunction with the Yale Schola Cantorum and Juilliard School of Music’s performances of Beethoven’s Mass in C in New Haven (April 30) and New York (May 2).

Eftychia Papanikolaou, Associate Professor of Musicology, has been invited to participate as special guest in the 4th annual “Evmelia” International Music Festival in Greece. She will lead pre-concert discussions on select festival events, including a performance of Messiaen’s Quartet for the End of Time. The Festival’s concluding concert, a Liederabend that will include Schumann’s Dichterliebe and Brahms’s Deutsche Volkslieder, is dedicated to the memory of two exceptional music figures with ties to Greece: Brazilian pianist Roberto Szidon (1941-2011), and American musicologist John Daverio (1954-2003), former Chair of Musicology at Boston University. 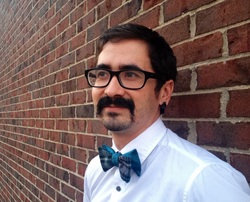 Fourth-year DMA pianist Jeff Manchur has been invited to present a paper at the Institute of Musical Research in London, England on November 19th. The event, titled “Re-thinking Music Analysis and Performance”, is jointly hosted by the music research centers at the University of Oxford and University of London. His paper, titled “Ervin Nyiregyhazi and Romantic Piano Performance Traditions: Challenging Objectivity in Contemporary Performance”, is one of only eight chosen to be delivered at the event, with other presenters from the United Kingdom, Sweden, Finland and Israel. Jeff studies with Associate Professor of Piano, Thomas Rosenkranz.